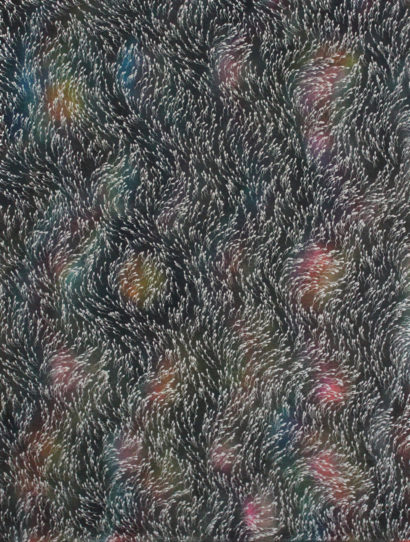 RISE berlin is pleased to present Apophenia a new exhibition of paintings by Lee Wagstaff.
Opening on Friday the 26th of April at 18:00 and continuing throughout Berlin gallery weekend.

Apophenia – is a tendency to spontaneously find patterns, connections and meanings in unrelated things. The term was coined by the Germain psychologist Klaus Conrad, he defined it as the ”unmotivated seeing of connections [accompanied by] a specific feeling of abnormal meaningfulness”.
Pareidolia is a type of apophenia involving the perception of images or sounds within random stimuli for example when people sometimes see the face of Jesus on a piece of toast or in the grain of a piece of wood. Pareidolia is particularly associated with perceiving faces in inanimate objects (eyes and mouths) and may be linked to an evolutionary need to detect camouflaged predators as well as to recognise the identities and emotional states of those around us.

„In an image hungry age there is a tendency for people; and I include myself here, to infuse patterns with meaning, intention and agency. With some of these paintings I wanted to see how much data from the original image could be altered or removed whilst still maintaining its intended character as well as the idea of ascribing meaning to purely abstract forms“. 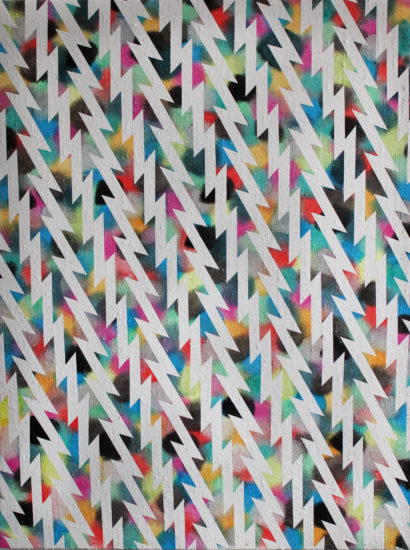 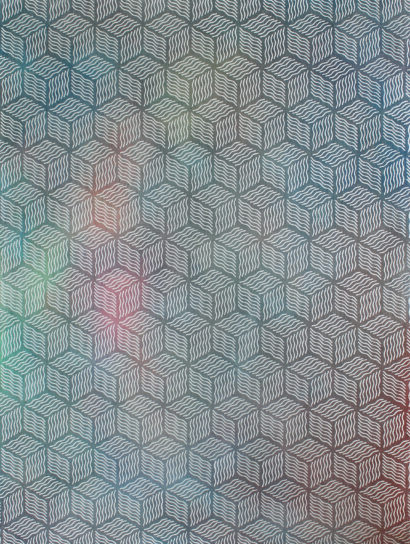 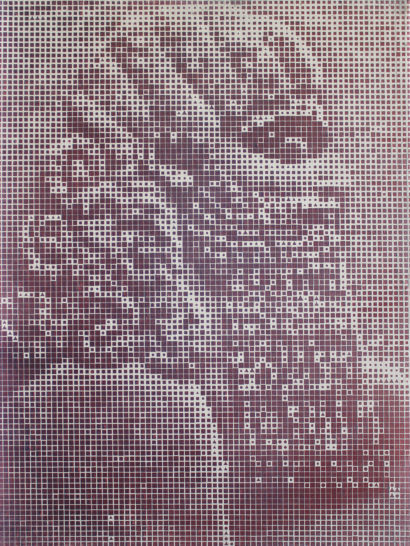