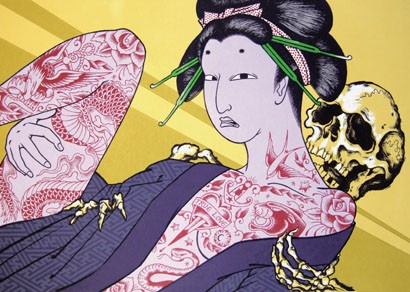 Alex Binnie was born in 1959, he is a Fine Art graduate of South Glamorgan college. His creative career began as a medical illustrator but he is best known as a tattoo artist. He began tattooing in 1988 and is now world renowned, Alex’s progressive ideas and large scale designs have been hugely influential. Alex was a pioneer of the concept of bespoke tattooing and has a waiting list of several months for an appointment; he has two tattoo studios in the UK, one in London, the other in Brighton.